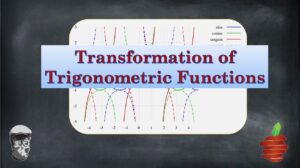 In this section we will discuss the transformations of the three basic trigonometric functions, sine, cosine and tangent.

Note:  You should be familiar with the sketching the graphs of sine, cosine.  You should know the features of each graph like amplitude, period, x –intercepts, minimums and maximums.  The information in this section will be inaccessible if your proficiency with those details is less than solid.

Let’s talk about some notation, the letters A, B, and C, as they are written in trigonometric functions like follows:

We are going to learn how the values of A, B, and C transform the graphs of sine and cosine.

There are two skills you’ll need to develop from this material.

In the previous section we graphed y = 2sin(3x).  Here, A = 2, and B = 3, and C = 0.  Let’s compare that graph to regular y = sin(x) so we can see what the parameters of A and B do.  On the graph (from desmos.com), what you’ll see are the coordinates for all of the key features from one period of each graph.  The “parent” function, sine, is in red, the transformation is in blue. 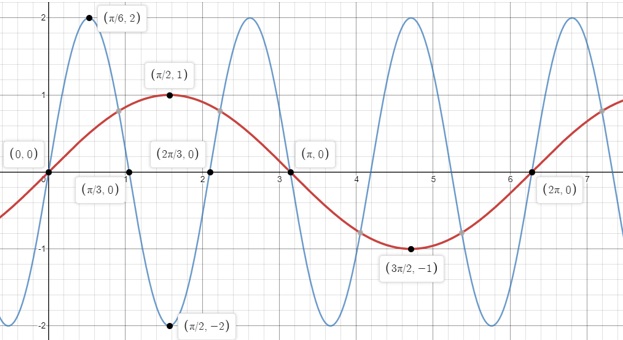 Example:  What are the amplitude and period of y = 2cos(4x)? 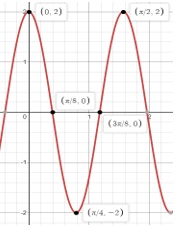 Let’s examine what this looks like in a table…notice how the period length changes the key features.

Let’s see what the C does.  It turns out that –C/B, is what we use to find the phase shift.  The phase shift can be thought of as literally shifting every point of the parent function left or right a certain amount.  That amount will be –C/B.

This might be difficult to absorb in text, so let’s try one more way of examining what’s at play here.

The x – coordinate of every key feature of the graph is shifted by –C/B degrees (or radians).

Let’s put this all together to make a graph. Let’s start with sine, as it is easier to draw.  But, keep in mind, the same approach is what we’d use for cosine.

Step 2:  Figure out where your starting point is.

Step 3:  Figure out the period.

Step 4:  Figure out the ending point.

Step 5:  On your coordinate plane, place a mark at the start and ending point. 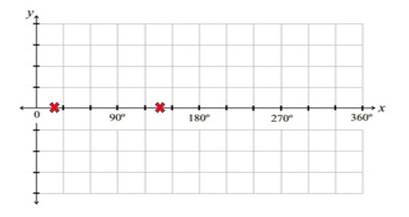 Step 6:  Find the x – intercepts and your minimums and maximums.  Draw them on your graph. 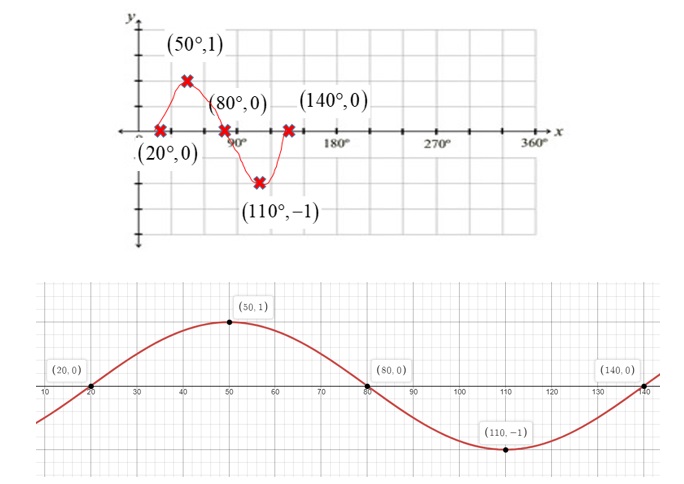 The scale of the hand-drawn graph is from zero to 360 degrees, while the computer generated graph is from 10 degrees to 140 degrees.  As a result, the computer graph looks stretched out.  But, don’t let that fool you into thinking you were wrong.  Check your coordinates and see that they’re the same.

Here’s a chart that you can fill out to help you get a feel for how these work.  However, this isn’t “how” to graph the transformation of sine, just a guideline.  It is best to be more efficient with time and understanding than to follow a chart’s guidance. 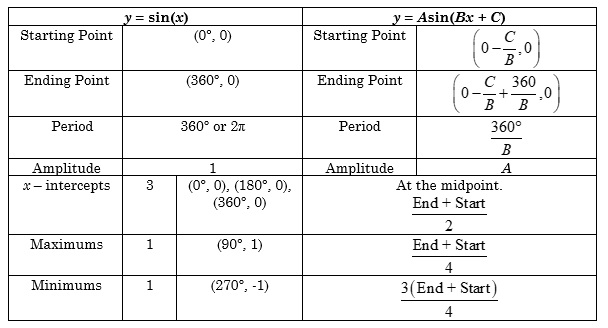 Note:  Because y = sin(x) and y = cos(x – 90°) are the same graph, if you were asked for the function of the graph, you could start with sine or cosine.  That is why you’re told, in this case, that the graph is cosine. 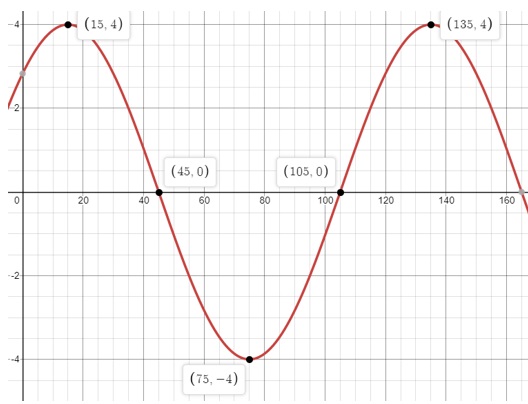 Step 2:  Count the period, then plug that into the equation

Step 3:  The most difficult part is figuring out C, largely because of the sign errors that happen.  Here’s what we know.  The starting point (phase shift) is 0 – C/B.   We know the starting point and B, so let’s make an equation and solve it.

One of the most confusing parts about the C parameter is the sign.  Even though C = -45, the graph is shifted in the positive direction, by positive 45 degrees.

Summary:  A is the amplitude, dividing 360° by B provides us with the period, and the phase shift, or starting point, is –C/B.  That moves all points on the graph left or right –C/B units.

To get a sense of this spending about 5 minutes or so with a graphing software can be a great use of time.  Write various sine and cosine equations, guess what the amplitude and starting points will be, then check. 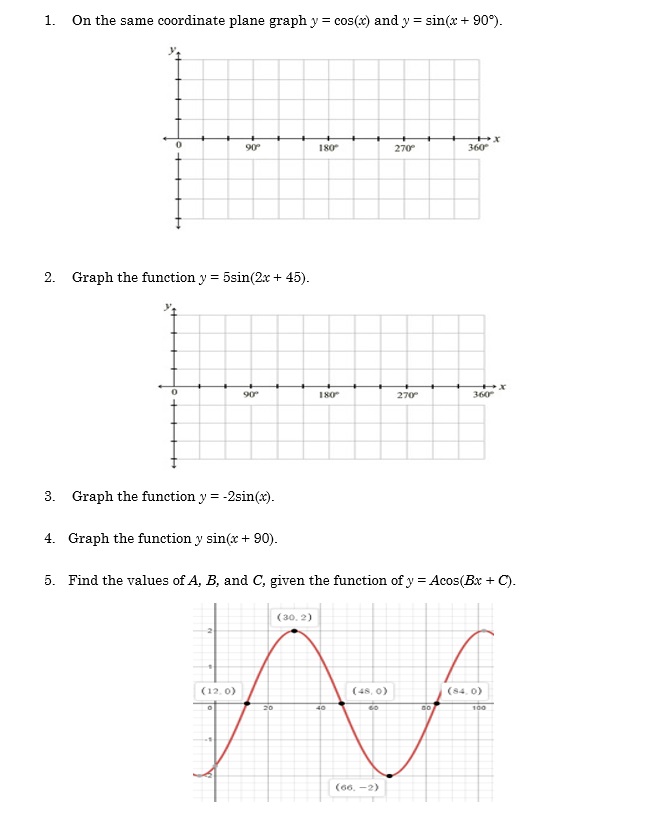