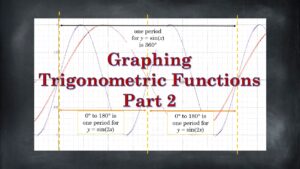 In the last section we saw how to sketch the three basic trigonometric functions, sine, cosine and tangent.  The x – axis was the input (angles), and the y – axis was the output, the ratio of sides as defined by the function.  So graphing y = sin(x) is something that should be easily done and understood, as is seeing the graph of the function and identifying it as sine.

In the next section you’ll learn how to graph y = Asin(Bx + C), where A, B, and C, are all numbers.  That can be a very daunting task, with a lot of confusing information that seems arbitrary and almost made-up.  This section bridges the gap.

Let’s begin by filling out a t-chart.  Go ahead and grab a unit circle and fill this out. (You can print it off, or just copy it quickly.)  Look for a pattern! 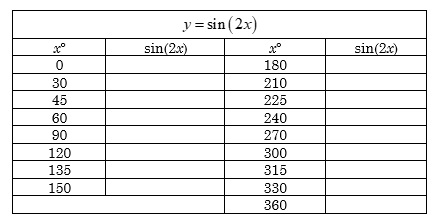 As you worked on the t-chart, did you notice that the two doubles the input?  So, what you end up doing is having half as many values in one period, but you have two periods covered with the t-chart.

A period is how long it takes to complete a cycle.  For example, 30° and 390° (as inputs for sine or cosine) are the same relative location in two different periods.  Let’s take a look at a period and how things cycle, or repeat the same pattern.  We’ll start off with a graph where you’ll see that both 30° and 390° are the same “distance” into one period.

Let’s take a look at the t-chart you filled out, and compare it to plain old, y = sin(x).

Let’s see a graph of both functions on the same coordinate plane. 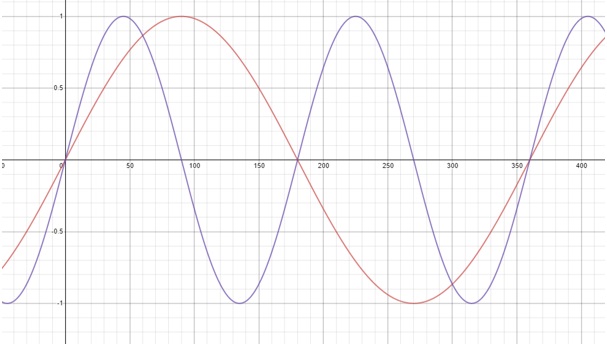 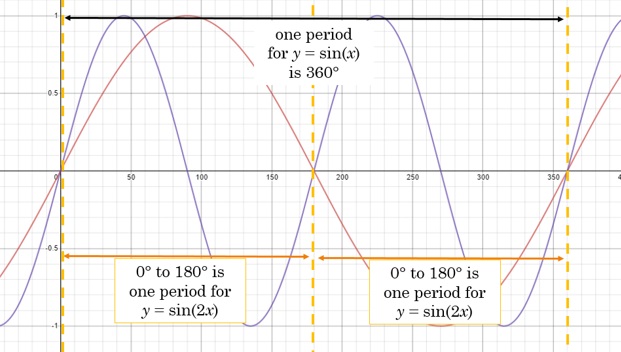 Let’s try one more example, y = 2cos(3x).   Fill out the t-chart below.  You can then use those points to sketch the graph of the function. 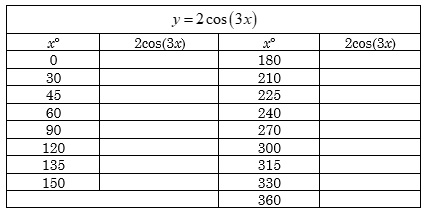 What is the period?  What about the amplitude? 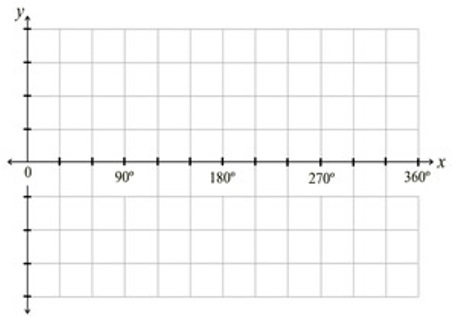 Scroll down, when you’re done, and see how completed t-chart a computer generated graph look.  Then, we’ll discuss more closely what the A and B did to the cosine of x. 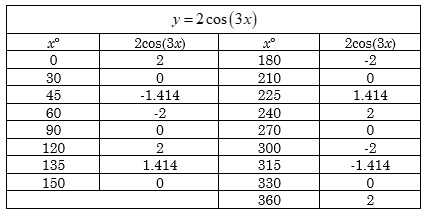 Zero to 360 degrees is actually 3 full periods of y = cos(3x).  The three triples the input, which makes the outputs grown three times faster.  That means it completes a cycle three times more quickly.  And the A = 2 takes the output (y), and doubles it.  This makes the amplitude 2 instead of 1.

However, all of the properties of the graph of cosine are still relatively the same.  The graph of one period starts and ends at the maximums, the midpoint of the one period is a minimum, and the x – intercepts occur at the ¼ and ¾ points of the period.

Let’s talk about y = sin(x + 30°), but consider it from what we’ve seen when we had a value for B (other than 1).  If you consider this in reference of the order of operations, both parameters B and C alter the input, before the function is evaluated.  The parameter A multiplies with the output of the function.  Let’s see how the + 30° changes the outputs for sine.

One way to think of what C does to the outputs is it pushes them ahead.  When x = 0, we really have the sine of 30.  This moves the graph to the left by 30°.  Let’s see these points on a coordinate plane. 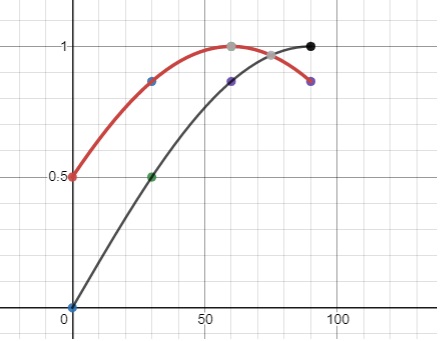 The purpose of this section was to plant some ideas about how the parameters A, B, and C, change the basic graphs of sine and cosine. We saw how each works independent of the other parameters, but not in conjunction.  We also practiced evaluating trigonometric functions with a t-chart, and saw how the order of operations helps to explain what is happening to the input and output. 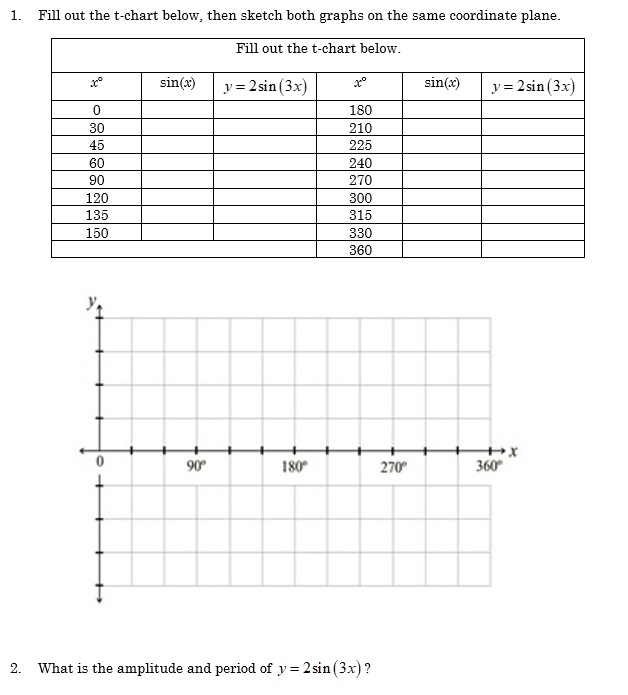 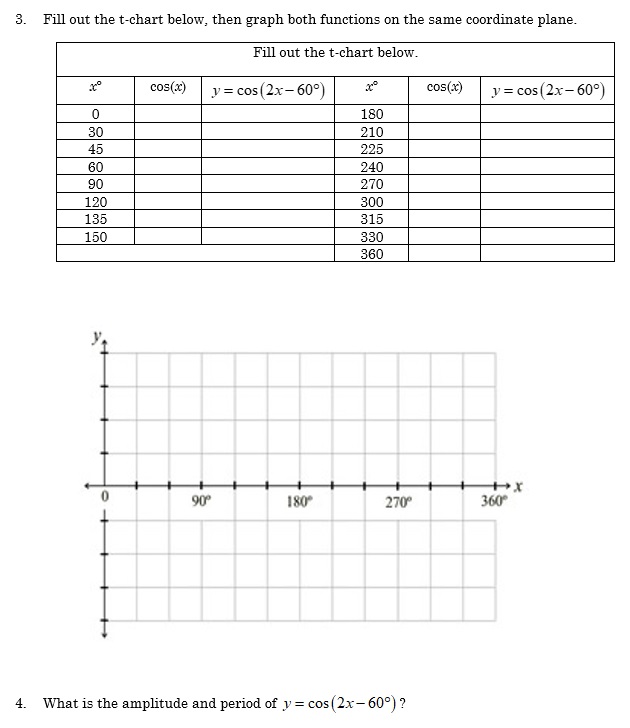 The first video is all about how to graph things like y = A sin(Bx) or y = A cos(Bx).  The second video is the why those short-cuts in the first video work.