The Law of Sines (Sine Rule) 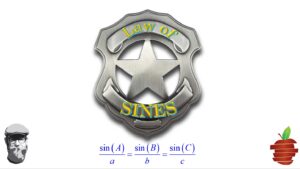 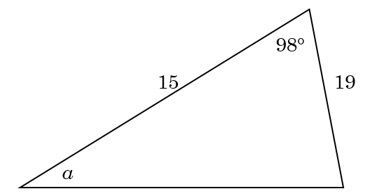 Could you use sine, cosine or tangent to solve this triangle?

Since sine and cosine are a ratio of either the adjacent or opposite side, and the hypotenuse, and because tangent is sine/cosine, you cannot use sine, cosine or tangent to solve this triangle.  Well, at least not directly.

These formulas are a little tricky, for a few reasons.  If you keep those reasons in mind, initially, perhaps as you begin to understand them, you can navigate these traps successfully.

1.    It is difficult to tell which formula to use, law of sines or law of cosines.

2.    Plugging the values into the formulas correctly.

As we move through the information, keep those three traps in mind as it might help you identify the importance of particular pieces of information.

This relationship, written mathematically, always seems to show all three possibilities, though we only use a single ratio when figuring out angles or sides of triangles.  Also, because it’s a ratio, the reciprocals are also equal, and more useful when solving for a side. 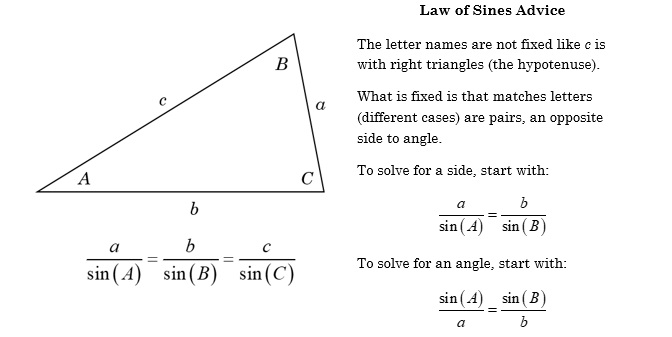 To use the Law of Sines (called the Sine Rule in some places), you must have the following information.

That is dense information.  A lot of experience (practice) is required for it to make sense.  Let’s get to an example and a non-example to start shedding light on LOS. 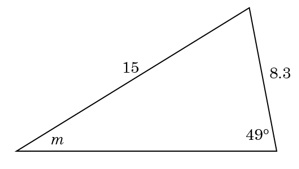 Let’s look at our example where we can use law of sines.  A few things to notice.

The law of sines is based on a known proportion.  That is, the ratios of a side to the sine of the opposite angle is equal to the ratio of any other side and the sine of its opposite angle.  The letter names, a, b, c, A, B, C, are irrelevant.  What’s important is the relationship between angle and opposite side.

Since we are finding angle m, and its opposite side has a length of 8.3, we start with:

Step 2:  Write the ratio of your known pair, in the order that matches step one.  Set them equal.

In step one we wrote the angle value in the numerator, side in the denominator.  We will write this ratio to match.

Sine is a function whose input is an angle and output is a ratio of lengths.  The only way to solve for the angle is to use the inverse function of sine, arcsine.  Remember, a function and its inverse essentially swap the inputs and outputs.

Now, we could not use law of sines to solve for the missing side in this diagram, at least not initially.  If a part is missing, we need its opposite part in order to use law of sines.

In addition, you must also know the values of an angle and its opposite side to use this formula.

Now that we know the value of the angle m we can find the angle that is unmarked.

Now that we know the unmarked angle is 106.3°, we can use the law of sines to find the missing side.  We have a choice to make.  We could use one of the following ratios.

In this case, we should use option B because it uses the information provided.  In option A, we found out that the angle m was 24.7°.  We a mistake was made, then our next answer will be wrong.  While it is true, we also used that information to find the unmarked angle, the point is this:

If possible, use the information provided to find an unknown value, not information discovered.

Here’s how we go about solving for the missing side.

Since we are finding angle m, and its opposite side has a length of 8.3, we start with:

Step 2:  Write the ratio of your known pair, in the order that matches step one.  Set them equal.

In step one we wrote the angle value in the numerator, side in the denominator.  We will write this ratio to match.

Q:  Could you have used the Pythagorean Theorem to find the missing side?

The Pythagorean theorem only works for right triangles, so it would not apply to this triangle. 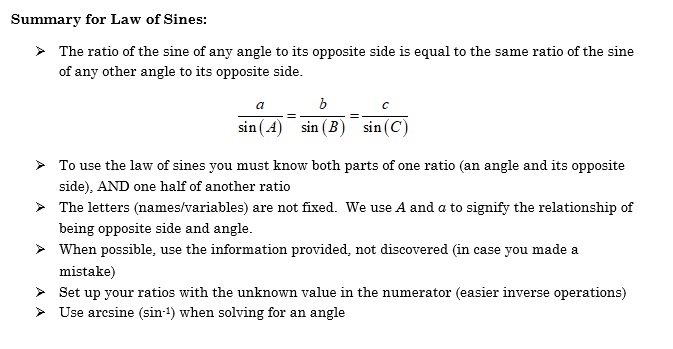 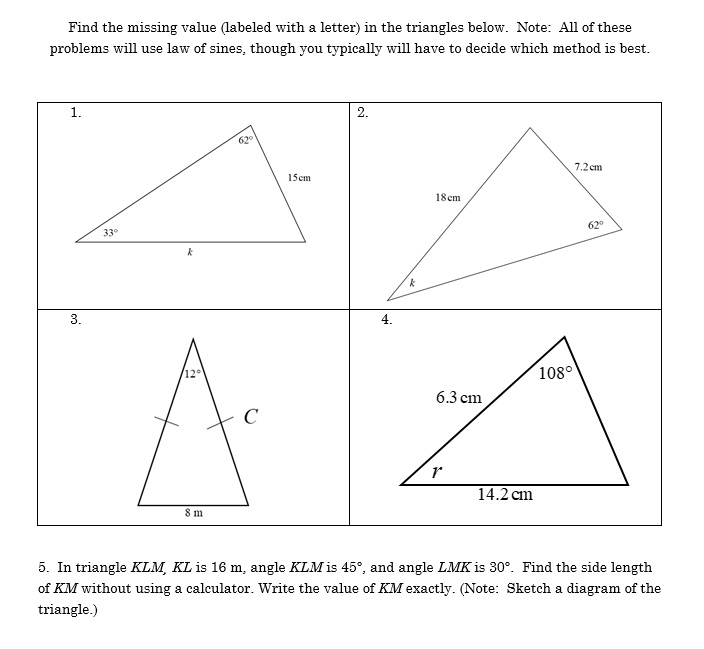