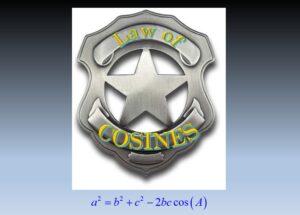 The Law of Cosines
Cosine Rule

In this section we will introduce and learn to use another formula commonly called The Law of Cosines, or The Cosine Rule.  We will not derive (show the origins) of the formula in this section, that will be covered in the future.  The goal of this section is to get you familiar with the formula, and how to use it. Here it is, in all of its glory.

As was the case with the law of sines, manipulating the formula to make solving for an angle versus a side simpler, will make great sense.  For example, if you were solving for angle A, you’d have quite a bit of algebra to perform.  It is better to start off with a different arrangement of this relationship.  If you solve for cos(A), and simplify the negatives, you’ll end up with the following.

It is a great idea to write out the formula, in its entirety, while practicing using it as that repetition will help you remember the formula.

The most difficult issue is answering the following question:

Should you use Law of Sines or Law of Cosines?

The second most difficult issue encountered by students is correctly plugging in the values.  Remember, the letters are not fixed, permanently assigned to a special side, when dealing with a non-right triangle, like c is for a right triangle (the hypotenuse).  What the capital letters show is that they are the opposite of the lower case of the same letter.

Throughout this section, try to keep those two common issues in mind as it will help you make better sense of the information shared.

Let’s start off with examining the formula, so we can get a feel for what it is saying, what it means.  This will help us to know when we can, and when we cannot, use the cosine rule.  (As was the case with the sine rule, this formula will work for a right triangle, but is far more complicated than SohCahToa.)

In this formula, the lower case letters are sides, and the capital A is the angle opposite of side a.  The other two sides are b and c.  That means that this formula can be used to solve for a side, if you know the opposite angle and the other two sides.  It also means that you can solve for an angle, if you know all three sides.  You just have to be careful to plug in the side opposite the unknown angle where the a is. 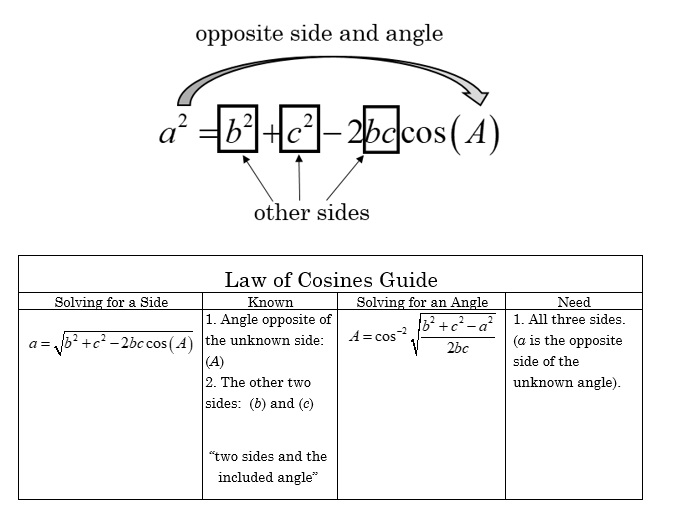 If you have all three sides, but no angle values, you can find the angles using the Law of Cosines.  With Law of Sines you need at least one known angle!

Let’s see a pair of examples, one finding a side, the other finding an angle. 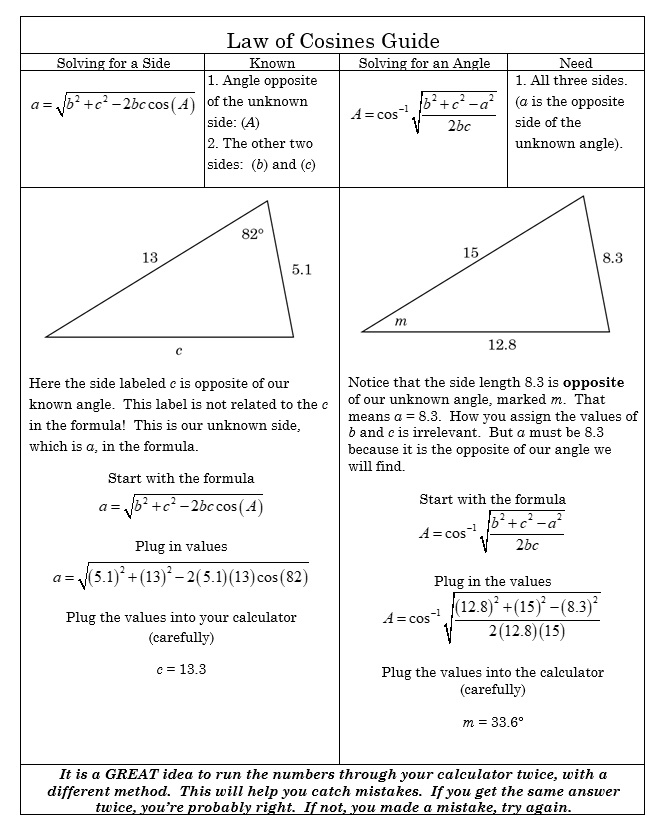 Try using your calculator with the example above to make sure you can operate it correctly. 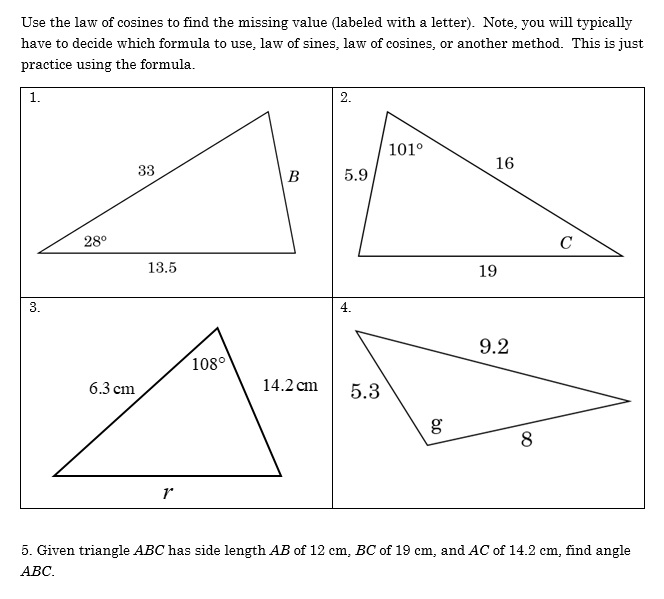