Area of a Non-Right Triangle 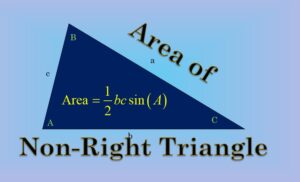 This formula works for a right triangle as well, since the since of 90 is one.  They’re really not significantly different, though the derivation of the formula for a non-right triangle is a little different.

As is the case with the sine rule and the cosine rule, the sides and angles are not fixed.  The relationship between sides and angles is noted by the use of the same letter, in different cases.  (A and a are opposite).  So, to use the formula for area of a triangle you need two sides and the included angle.  In other words, the two sides you need are the sides of the angle.

Example 1:  Find the area of the triangle below.

Make sure your angle is included (adjacent) to the two sides, then plug in the information.  If you need to do some work to find the included angle first, then use either sine rule or the cosine rule, or if you know the other two angles, the fact that the sum of the angles of a triangle is 180° to find the missing angle. 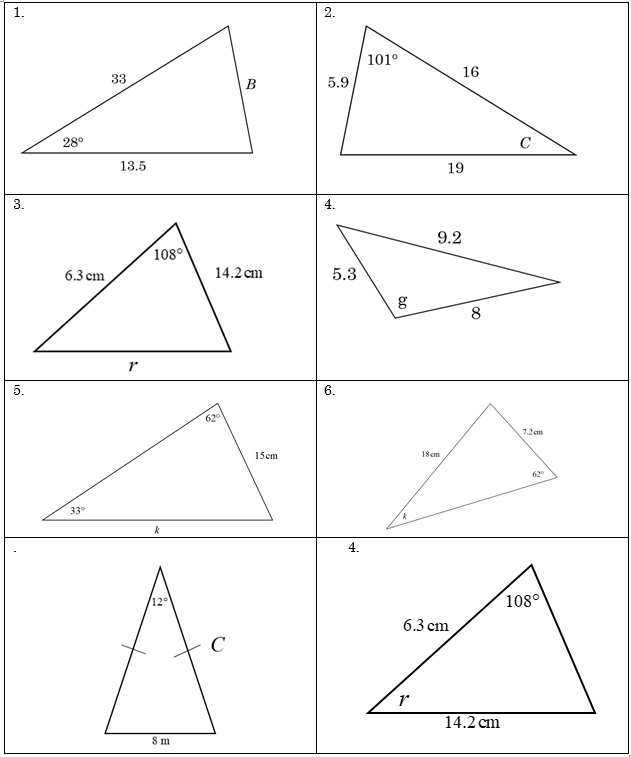