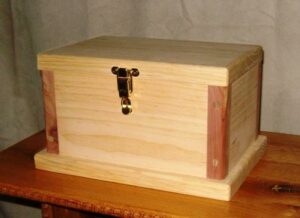 My Algebra 1 class has miserably failed to demonstrate minimal proficiency with the basic tenets of graphing linear equations.  The class average was under 50% on a very basic quiz, one whose questions were well covered during the week.  Further, during the week, not a single student reported difficulty with independent practice, and homework results were fantastic.  Photo-math is really good!

The students did not fail because they lacked access to information, had too little time to compress their understanding, or lack of practice.  Their failure was due to a failure to integrate the information.  They latch onto procedure, but not concept or idea.  This approach is successful for very simple operations, but anything nuanced becomes increasingly problematic and requires an even greater intellect.

The students are failing because they cannot make sense of the information.  They have not integrated the concepts into their way of thinking about mathematics.

I read a story about how Japanese school children are supported when they struggle with a concept or problem.  Instead of one-on-one help, and re-demonstration of process, they’re allowed access to a clue.  The clues are located in a small box at the front of the room.   They must get up, go read the clue, and return to their problem.  No further explanation is provided by the teacher.

A set of 5 questions would be provided to the students.  They are allowed to use their notes, but otherwise must engage under the strictest of testing conditions.  Each student has the key information for that question in their own notes, in their own handwriting.  Should they get stuck or confused, they are to look for their notes, relying on themselves without external help.

After 15 minutes, but without collaboration between peers, a clue for the first problem is provided, followed by questions with silent responses (showing of hands).

This process was repeated for all five questions.

Then, students were given a short amount of time to collaborate, with specific directions.

The day went well, and students learned.  They got much needed practice working to make sense of information and learning to be problem solvers.  Really, that’s the ultimate goal of education.  What area of your life would not be improved with increased abilities in those two areas?

Of course their grades will improve, but over time, the idea is that they begin to engage in a similar fashion, independently.  Without this adjustment on their part, this method of remediation will fail in the same fashion that all other, over-used, teacher-led remediation methods fail.

The hope here is that by having coached the students on the philosophy and how they should respond and what they should be asking, that they will recognize a new, better way, of engaging in class.  If so, they will become better at making sense of new information and integrating complex information, they will be better problem solvers.  Those things will enrich their lives, as education should do.