On this page you will learn how to read mathematical equations and use some facts about arthimetic to solve them.  The key is reading.  If you can read the equation in a way that it makes sense, often the solutions are fairly obvious.  That’s what this page will help you do.

If you find this page helpful, please share it on social media with the buttons below.

There is a very powerful, visual delivery of this material.  Click the video tab above, or scroll to the bottom and watch the embedded video after you’ve finished reading. 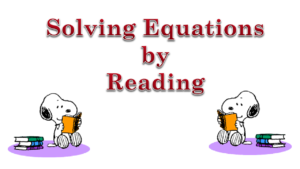 Solving equations serves the very meaning of the word Algebra.  Recall that Algebra means to restore, make complete.  Specifically it means to find the missing or unknown value that will make an equation true.

More often than not, these missing values can be discovered through simple inspection and reading.  A simple example is:

This says, three plus what number is eight?  It is obviously eight.  No big deal.  But what if it were slightly more involved, like:

If we notice the term that is unknown is now double of the previous equation.  But the entire “chunk” of the equation, 2x, is now unknown.  We can think of these two as the same.  Except we will find that 2x is eight, not just x.

And what times two is eight, but of course, four.

Let’s look at a more complicated case yet still.

Do you see what I’m constructing here.  I am, in a sense, burying the unknown value deeper and deeper inside operations.  So the reach of what is unknown is greater and greater.  Now, instead of knowing that 2x was eight, we know that 2(x – 1) is eight.

Now we can unpack this a little further.  This says two times some unknown is eight.  So the unknown, which is x  – 1, is now four.

In the video below I use a box to cover up the smallest unknown portions as we unpack these problems to discover what is missing.

When we are solving equations with just one variable, we’re typically only using inverse operations. You’ve likely heard before, “What you do to one side you must also do to the other.”  Well, let’s explore the two, inverse operations and this statement, and see how they work.

We saw earlier that x was eight.  Watch as we perform equal operations to both sides of the equal sign.  You can plug in the value of x = 8 at each step and see that equality is still maintained.  The value of x will not change.

Did you notice that Example C did not work.  The value of x is not eight anymore because I didn’t multiply everything, on both sides by 5.  Just one term on the left.  That’s also why when we explored solving the equations at the beginning by inspection, we had different answers every time.  If I had add the same operations on each side, they’d all have had an answer of eight.

The unpacking, or inspection, or box method as I called it in the video, is inverse operations.  The normal order of operations works because we address increasingly complicated means of arithmetic as it is sort of packed in order of most complicated to simplest.  However, when we’re solving we are doing this process backwards.  We are unpacking that nested unknown value.

The acronym for the order of operations is PEMDAS.  So, when solving by using inverse operations we employ SADMEP.  That is, we address addition/subtraction first, then multiplication/division, then exponents and groups are last.

When we solved the equation, 3 + 2(x  – 1) = 11, by inspection, that is exactly what we did.  Even though the – 1, is there, and is clearly subtracted, it’s nested in a group because of the parentheses, which means it is done last.

So you see, by addressing the nature of how math is written we have already learned how to solve using inverse operations.

Sometimes inverse operations gets you stuck.  You cannot always use SADMEP to solve equations that are accessible to you with your current mathematical tool box.  An example is:

Please consider helping support this website with your next Amazon purchase.  If you use the link below, you’ll get the same great deal, but a small commission will be sent our way, which will help us keep this page up and running.

Here are a few screen shots from the two-day lesson. 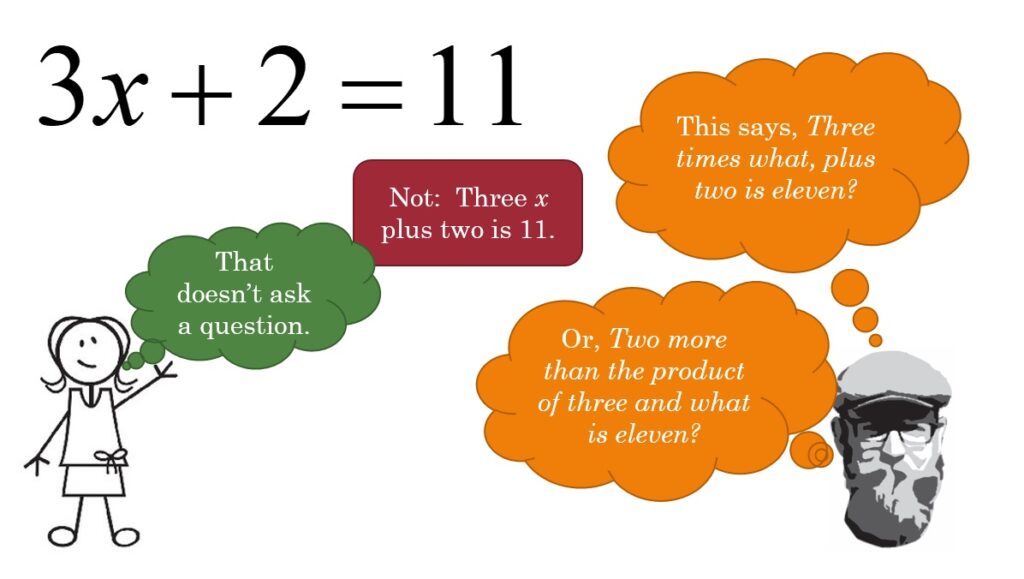 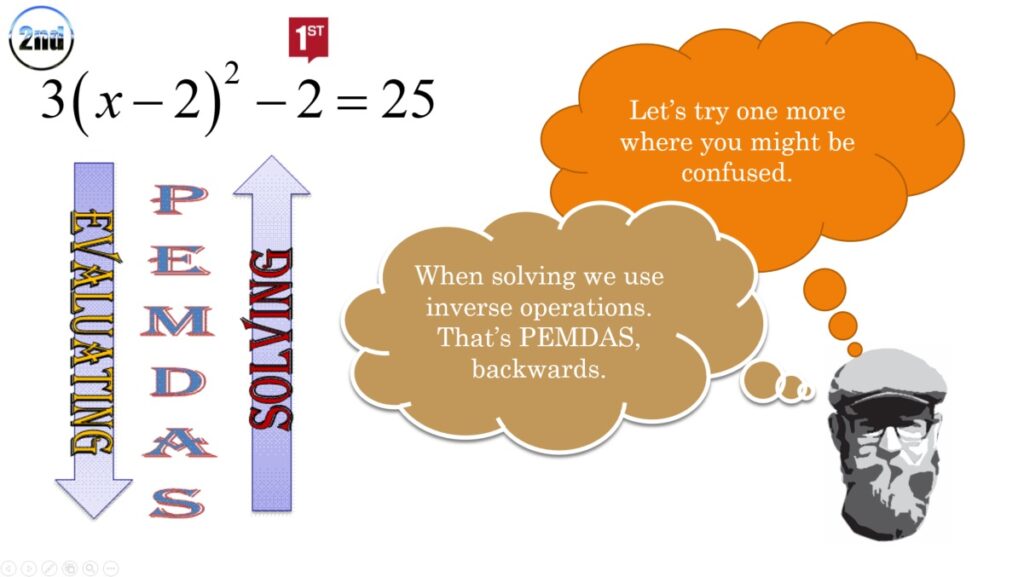 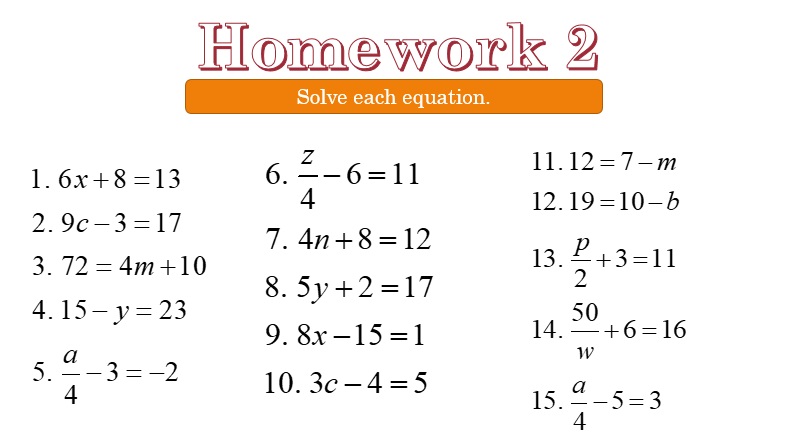 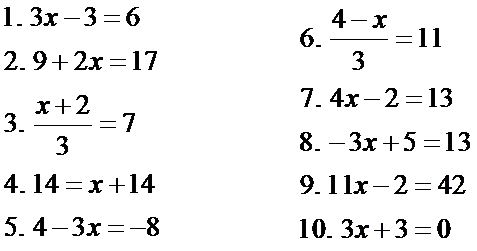